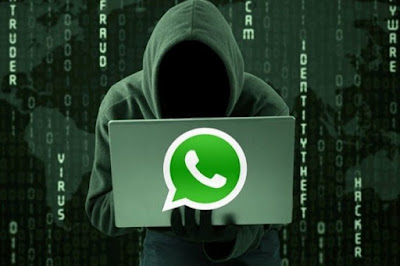 Hi everyone today I am sharing the information about 6 ways to protect Whatsapp Data released by Indian Army. We all need to know about it and stay safe.
The number of people using Whatsapp is over 1 billion. Whatsapp is the world's most used messaging service and Whatsapp is also very popular in India. Most people in India use Whatsapp for messages. And Indian Army also uses it basically.
Indian Army has warned its army that Chinese hackers are trying to hack their Whatsapp. Additional Directorate General of Public Interface (ADGPI) told a video on Twitter that soldiers of Indian Army should be more alert in case of any official or personal Whatsapp groups. In this video, it is also explained how this hacking attempt by China can be avoided. Here are 6 ways to prevent this hacking.
1.  Chinese Numbers which start from +86 can be dangerous for the Indian Army's Whatsapp Group because they can steal data from Indian Army. So keep an eye out for a number starting with +86.
2.  Start checking the groups and always check that someone has added to the Unauthorized Number Group.
3. There is a lot of numbers in a group so you can not keep in mind who is whose number is. Therefore always save all the numbers with their names.
4.  Always checking the unknown number, especially those numbers which have been added to the new one.
5.  Whenever you change your mobile number, report to Group Admin as soon as possible.
6.  If you are changing the number then delete that SIM and delete the number that has joined the Whatsapp Group from that number.
The video released by the Additional Directorate General of Public Interface (ADGPI) has been allocated in this way, which can help you avoid over-the-counter hacking data.
friends if you like this post on  6 ways to protect Whatsapp Data released by Indian Army then share it with your friends too. And if you want to ask us anything about this, you can ask in the comment box below. And subscribe to our Blog's Notification so that we can get you the latest post as soon as possible.
Whatsapp