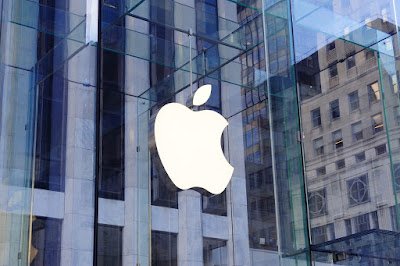 hi everyone welcomes to our blog technical hint .today I am going to share with you about Top 20 interesting facts about Apple Company.

Friends, many people will hear Apple Company's name. Apple is the world's largest IT company and is the world's second-largest mobile phone manufacturer. Apple Company makes things like laptops, mobile phones, iPad, and iPods. Here we will talk about some interesting things about Apple Company.
1.  Apple is the world's most coveted IT company and the second best mobile phone manufacturer.
2.  Apple has 1,15,000 employees worldwide.
3.  Employees working in Apple's headquarter earn an average of $ 1,25,000 (82 million) annually.
4.  Apple sold 340,000 iPhones every day in 2012.
5.  Apple iPad's Retina Display is actually made by Samsung.
6.  Apple Company earns $ 3,00,000 per minute (1 crore 95 million).
7. A co-founder of Apple Company sold the Apple Company's Shares for $ 800 (52 thousand). If they had not sold that share, then today it would have cost $ 35 billion (2,27,000 crores).
8.  Whatever you say in Apple's Siri goes directly to Apple Company and gets stored.
9.  Apple iPhone sales are even higher than everything from Microsoft.
10. The amount of money that Apple earned in the first quarters of 2014 was not equal to Google, Amazon, and Facebook.

11.  The price of Apple Company is more than the Stock Market of Russia.
12.  Getting a job in Apple Company is also hard to get admission in Harvard University.
13.  Apple Macbook's Battery can save you from gunfire because it is bulletproof.
14.  60% of Apple's Appstore apps are never downloaded.
15. In  1986, Apple also started a Clothing Line.
16.  Smoking in front of Apple Computer ends its Warranty.
17.  The cost of the iPhone in Brazil is double than in America.
18.  A person in front of Japan's Apple Store has engaged in line for the iPhone 6 7 months ago.
19.  Apple Company's value in 2015 was more than the Swiss country.
20.  Siri was for Android and Blackberry, but Apple had bought it in April 2010.
If you like this post on Top 20 interesting facts about Apple Company. then share it with your friends too. And if you want to ask us anything about this, you can ask in the comment box below. And subscribe to our Blog's Notification so that we can get you the latest post as soon as possible.
Apple Interesting Facts