Top 20 Surprising and Interesting Facts About The Internet 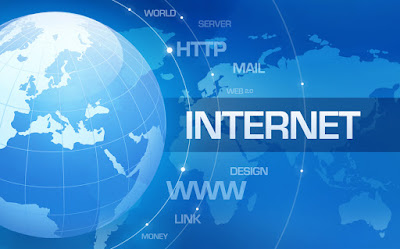 hi everyone welcomes to the technical world.today we are talking about the Top 20 Surprising and Interesting Facts About the Internet.

we cant imagine life without internet the reason behind it is social networking and gets useful information from search engines. let see the interesting facts about the internet. facts are given below.

1. More than 3 billion people use the internet.1.7 billion of internet users are Asians.more than 150 billion email send every day and 3 billion google search.
2.  200 million Internet users in China are between the ages of 15 and 35. Hence, it is most like that they lose self-control. Tao Ran(CAO) of the first Internet addiction clinic in a military hospital said that 44% of those addicted to the Internet suffer from attention deficit hyperactivity disorder.
3. 30,000 websites are hacked every day. Highly effective computer software programs are used by cybercriminals to automatically detect vulnerable websites which can be hacked easily.
4. The first webcam was created at the University Of Cambridge to monitor the Trojan coffee pot. A live grayscale picture of the state of the coffee pot was provided as the video feed. the image of trojan-coffee-webcam is given below:

5. More 200 million emails send per minute but 70% of all the emails sent are spam. 2 billion electrons are required to produce a single email.
6. ” Despacito ”Single by Luis Fonsi featuring Daddy Yankee is still the most viewed videos of all time with more than 4.90 billion views.
7. The internet needs 50 Million horsepower to keep running in the current state.
In 2005, the speed of broadband internet had 2 Megabits per second but today in 2018, 100Mbps download speeds are available in many parts of the World. But experts warn that science has reached its limit and fiber optics can take no more data.

9.  9 Million people in Britain and one-third of Italians have never used the internet really Imagine that! While there are treatment camps for internet addicts in China, a vast population of people has never used it to date.

10. Most of the internet traffic is not generated by humans, but its generated bots and malware. According to a study conducted by Incapsula, 61.5% or nearly two-thirds of all the website traffic is caused by Internet bots.
11. we all heard the term ‘surfing’ on the internet. it originated in 1992, courtesy of a New York librarian whose name was Jean Armour Polly. but now the term is not used that much, but other words  ‘browsing’ has also become a popular addition.
12. its most Surprising and Interesting Facts About Internet is in 2010, it was estimated that around 247 billion emails are sent in a single day. Fast forward to 2017, statistics group called Radicati Group estimates that around 269 billion emails are sent per day. Unfortunately, the majority of all them fall under the spam category.
13. The internet is now 11,000+ days old. If you want to know exact number then you can always visit here and appreciate that you have access to free information anywhere and everywhere.
14. it takes around 2 billion electrons to produce a single email. Now Think millions of emails being sent in a single day. now think how many electrons to be playing around with.
15. we expect that around 40 billion devices are going to be connected to the internet by 2020. That definitely does not look good from a security point of view.
16. when you hear Online dating it might sound dumb. but when you hear the amount of revenue is generating. According to the latest study, online dating generates approximately $1 billion dollars every year.
17. South Korea and Japan have the best internet right now because according to Akamai, the average bandwidth speed in these locations is 22Mbps.the average internet speed in the U.S. is only 8.4Mbps.
18.  78 percent of Americans use the internet.it is top of the list.English being the most popular language, there should be no doubt in that statistic.
19. The queries that you search on the internet are just a normal percentage of the internet and is referred to as the ‘Surface Web’. The other part is called ‘Deep Web’ and it is much larger than the Surface Web.
20 half of the internet users use Facebook. facebook is that much popular.
I hope you like our article on Top 20 Surprising and Interesting Facts About The Internet. for more tech news follow our blog thank you.
Interesting Facts knowladge