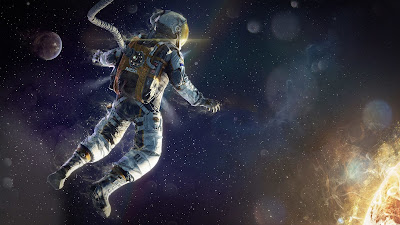 Hi everyone today I am going to share you about Top 23 interesting facts about space.The space is very beautiful and it has many mysterious words that you probably will not know. In the given list below, you can learn a lot about space, planets, moon, and stars. So let us know about interesting facts related to space.
1.  Mercury and Venus are the planets in our solar system in which no moon exists.
2. When the excess heat in our solar system is in the Venus planet. Most people will think that the maximum heat will be on the Mercury planet because it is closest to the sun. But it is not that the maximum heat in Venus is because it has too much gas filled in its atmosphere.
3.  Our solar system is 4.6 billion years old. The scientists estimate that this will last 5 billion years.
4.  The highest mountain name is the Olympus Mons, which is located in the Mars planet. Its height is 25 KM and it is 3 times higher than Mount Everest.
5.  Sun 3,00,000 times greater than Earth.
6.  The trail of the traces of the Astronauts remains on the moon forever, because there is no air there to remove it.
7.  Because of the low Gravity, the person who weighs 100 kg on earth, weighs just 38 kg on Mars.
8.  Pluto is smaller than Earth's moon.
9.  Our moon is 4.5 billion years old.
10.  Neptune takes 164.79 years to move around the sun and move around the sun. This means that since the discovery of this planet in 1846, it will rotate only once and only once in the sun.
11.  It takes 8.3 minutes to get the light of the sun to reach the earth.
12.  The first man to reach the moon was Neil Armstrong.
13.  Milky Way has 200,000,000,000 stars.
14. The largest moon planet is Jupiter, it has 67 moons.
15.  Mariner 10 Single-space is a spacecraft that has gone on Mercury planet. He also took a 45% Surface photo of Mercury.
16.  If you scream in space and if anyone is standing in front of you then he can not hear your voice.
17.  Because of the absence of Gravity in space, the length of the astronauts increases by 2 inches.
18.  At present, 166 moon is present in our solar system.
19.  Earth's moon is going away from the Earth 4 cm every year.
20.  Although Saturn is the second largest planet in the solar system, it is also the lightest planet in the Solar System.
21.  It is estimated that there is 200,000,000,000,000,000,000,000,000,000,000 stars in space.
22. The ordinary pen does not work because there is no Gravity in space.
23.  The light of the moon takes just 1.3 seconds to reach the earth.
Friends liked this post on Top 23 interesting facts about space then share it with your friends too. And if you want to ask us anything about this, you can ask in the comment box below. And subscribe to our Blog's Notification so that we can get you the latest post as soon as possible.
Interesting Facts