Why the majority of smartphone companies do not offer MicroSD Card 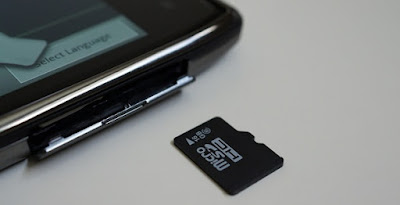 Hi everyone welcomes to our Blog. today I am going to tell you about Why the majority of smartphone companies do not offer MicroSD Card. so let start

here is the fact about the micro sd cards. why it is not available in many smartphones.for more info read our full article.
Just look at the Android Phone, today there are few phones that come with MicroSD Card. However, except for Samsung, flagship phones do not even come with MicroSD. After all, what could be the reason for the removal of MicroSD Card from the phone?
However, there are some reasons behind this that we will tell you today.

Reasons are given below:

The first reason is that every phone manufacturer is trying to make their phones more and less diluted, due to which MicroSD Card is getting difficult. The second reason is that nowadays phones manufacturers offer considerable internal storage in their phones such as 64 GB, 128 GB, 256 GB. So they think that users do not need MicroSD. The third reason that is very important is that the phone's battery expires and the heating of the phone.
Have you ever wondered why the Apple Company is always faster than the Android phone? Although there are many reasons for this, there is also a reason why the MicroSD Card is not a feature in the iPhone, due to which the iPhone is always faster than the Android Phone.

Negative effects of having MicroSD in Phones

If there is a MicroSD Card in phones, then it has a negative effect. In this, there is the use of extra Battery for transfer, which makes the phones hotter. These are mostly in cheap phones because high-end phones such as Samsung Galaxy S8 have a very impressive Chipset.

MicroSD Card and many more disadvantages

. MicroSD Card uses the Fat32 File System which does not have any power like Internal Storage. This is why MicroSD is less than the Speed Internal Storage.
. Latest Android Version does not allow users to install Apps on MicroSD Card.
. Google and OEMs want to encourage users to use Cloud Storage instead.
. Users can already send files to External HDD via BT / WiFi-Direct or with the help of Direct OTG Cable.there are some other apps like xender,zapia etc for file transfer.
However, this may be the reason that most of the smartphone maker does not offer MicroSD facility nowadays. But this is not a Negative Post. MicroSD Card is very useful and there are many people who need MicroSD Card. Because too much storage sometimes falls short for the logo.
According to me, MicroSD card has no feature because from now every phone comes with minimum 64 GB storage so there is no need to carry MicroSD card even midrange phones has also 64GB storage.If someone uses micro sd card to store the important data then there is another option pan drive, SSD drive or hard drive ETC.so why should they buy micro sd card??.
What you think about the MicroSD card feature say us in comment thank you.
If you like this post on Why the majority of smartphone companies do not offer MicroSD Card, do not forget to share it with your friends. You can help us reach out to more people by sharing it on social networking sites such as Facebook or Twitter. Thank you.