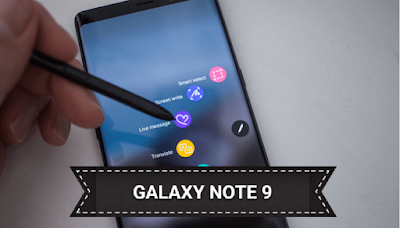 Samsung launched its flagship phone, Galaxy S9, and S9. Since then, a lot of rumors were coming out that the company is working on Note 9. Which can be launched by the end of July or early August.
In the beginning of this month, the upcoming device Note 9 was seen on Geekbench, but in the new leaks, the device was shown containing Exynos 9810 chipsets that got more score than the Snapdragon processor chipset device. 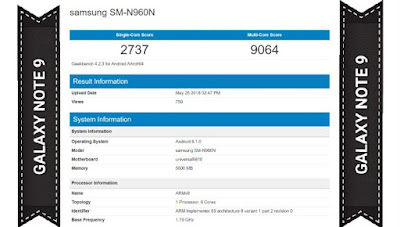 Galaxy Note 9 gets 2737 in single core test and 9064 scores in multi-core test, which is better than the score of the device with Snapdragon 845 chipset (2411, 8712), indicating that Samsung's chipset allows you to connect with Qualcomm's chipset Gives better performance. 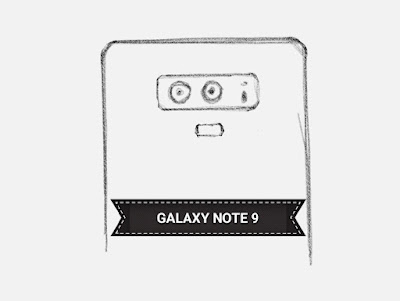 This is not the first time when we are hearing about a big display in Note 9. According to a leak received just last month, the Galaxy Note 9 can be given a large 6.4-inch Super AMOLED screen with an Aspect ratio of 18.5: 9.
According to other rumors, 6GB of RAM and 128GB internal storage can be provided in the phone and if it is a premium flagship device of the company, its 8GB RAM version can also be offered. You can also get 12MP dual camera setup and a larger battery of 4000mAh. Samsung can also present a new version of its smartest assistant Bixby.

Given the future, you can also get 5G connectivity options in Galaxy Note 9. Viewing Note 9 on GeekBench makes it clear that the company can launch this device soon.

Friends if you liked this post on Samsung Galaxy Note 9 Viewed on Geekbench site; SD 845 replaced with Exynos 9810 chipset then share it with your friends too. And if you want to ask us anything about this, you can ask in the comment box below. And subscribe to our Blog's Notification so that we can get you the latest post as soon as possible.
Samsung Smart Phone