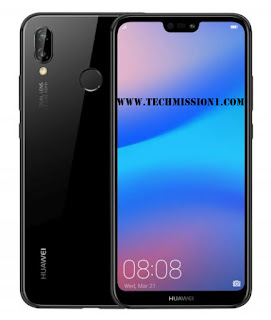 hi everyone. today I am going to share the Top 10 Best Android Phones with  Notch Display.
Whether you like it or hate it, the anomaly of a full-view screen is now shaping into a trend. The general opinion on the notch is quite polarized. Quite a few people discard it as ungainly and unnatural, but quite a few others view it as a distinguishing design element.
Apple is most likely to retain and even expand the “Notch” to its entire portfolio this year and it looks like Android OEMs aren’t averse to this peculiarity either. Even Google will be adding the support for the notch in the upcoming Android P. At the end of the day, It’s about giving consumers what they want and the force seems to be really strong with the notch.
In fact, quite a few OEMs have already released or are confirmed to be working on Notched-display devices. Here are some of the already official and upcoming options: let see Top 10 Best Android Phones with  Notch Display. 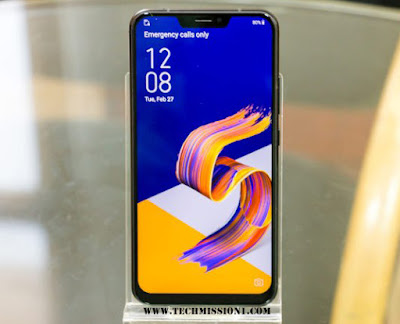 The Asus Zenfone 5Z and Zenfone 5 launched at MWC 2018 have 6.2-inch Full HD+ displays with 19:9 aspect ratio. If you eliminate the strip running along the top that accommodates the notch, the remaining panel is 18:9. The screen-to-body ratio is a stunning 90%. The display quality is also pretty good.
Both Zenfone 5Z and Zenfone 5 look same on the outside. On the inside, both Zenfone 5 and Zenfone 5Z have powerful performance hardware (Snapdragon 636, Snapdragon 845). Other worthy features include AI-powered dual rear cameras, fast Face Unlock, Glass back, Hi-res Audio output, and 3300mAh battery 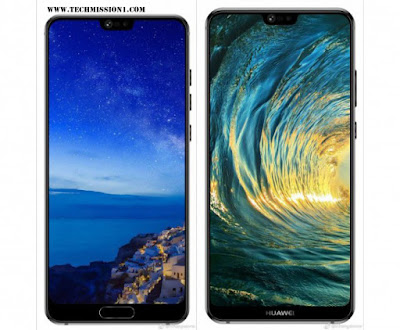 Next to join the notched-display bandwagon is Huawei. The Chinese major has launched the P20-series phones at a grand event held in Paris.
On paper, both the Huawei P20 Pro and P20 make an impressive debut. What sets the P20 Pro apart from the P20 is bigger OLED display, bigger battery, more RAM and a triple rear camera setup.
The P20 Pro houses a 6.1-inch full HD+ OLED screen instead of 5.8-inch LCD display on the P20. The former packs 6GB RAM and 4000mAh battery against 4GB RAM and 3400mAh battery on the P20. The P20 Pro became world’s first phone to feature a triple camera setup and DxOMark has rated it as the best mobile camera to date. 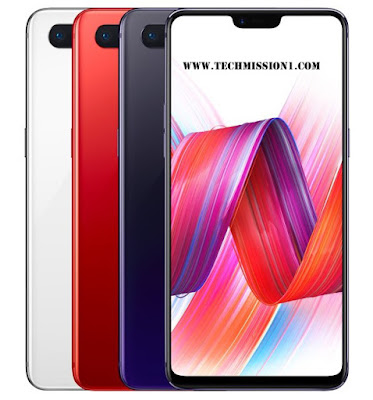 The Oppo R15 is now official and kicking. It comes in two variants – Oppo R15 and Oppo R15 Dream Mirror Edition. This is particularly interesting because of the design semblance Oppo R-series has shared with OnePlus devices in the past. If Oppo R15 has it, it won’t be far-fetched to presume that OnePlus 6 could have a display notch too!
The Dream mirror edition is powered by Snapdragon 660 octa-core processor and the base R15 model is powered by mid-range Helio P20. We don’t expect Oppo to bring R15 to India anytime soon. 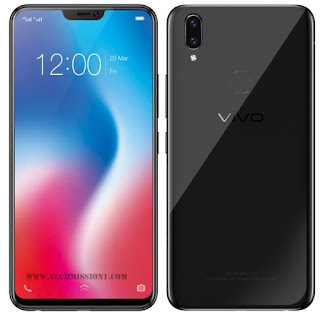 Vivo V9 (Review) is the first notch-display phone to hit retails sells in India. The handset has a 6.3-inch 19:9 display, is powered by Snapdragon 626 chipset and runs Android 8.1 Oreo-based software out of the box.
There are dual cameras on the rear (16MP+5MP) and a 24MP selfie camera on the front. Other features include AR stickers, AI-based beautify mode, 4GB RAM, 64GB storage, 4K video recording, Face Unlock, Fingerprint sensor and dedicated microSD card slot. 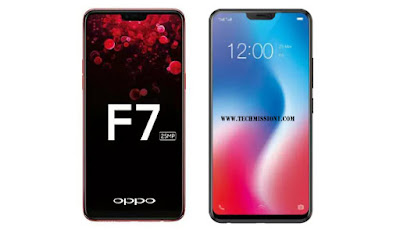 Not only Vivo but it’s sister company Oppo has also launched its own display notch handset – the Oppo F7.
All Oppo F7 Specs were already out ahead of its launch. The next-gen selfie-expert houses the selfie camera in the notch and flaunt a staggering screen-to-body ratio. The chin makes the broadest strip of bezel on this phone. It is world’s first phone to rock the 12nm process based MediaTek Helio P60 chipset as well. 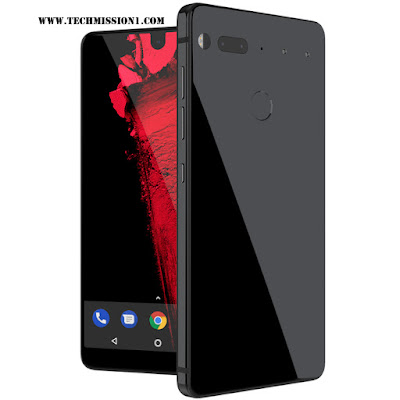 The Essential phone launched last year was the first phone with a display notch. Its camera cutout is, of course, a lot smaller and less distracting. The phone had a few issues but has gradually fixed most of its shortcomings (including the price).
The handset is powered by Snapdragon 835 SoC paired with 4GB RAM and 128GB storage. It runs stock Android software, has 3040mAh battery, and is available in multiple colors. We heard reports that Essential Phone could launch in India soon, but since these were most unsubstantiated, we wouldn’t be betting on its availability in this part of the subcontinent. 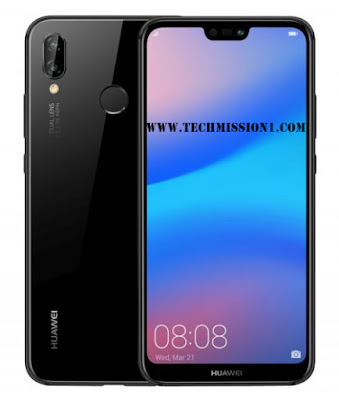 huawei p20 lite is on number 6 in Top 10 Best Android Phones with  Notch Display.Apart from the P 20 Pro and P20, there is a Huawei P20 Lite as well which also flaunts a display notch. Barring the display size and aspect ratio, the P20 Lite shares the same configuration as the Honor 9 Lite.
The P20 Lite has glass-body with a 5.85-inch 19:9 display. It is powered by Kirin 659 chipset which is aided by 4GB RAM and 64GB internal storage. It runs on Android 8.0 Oreo-based EMUI 8.0 out of the box. OnePlus has confirmed that its next phone will have a display notch. The company co-founder and CEO Carl Pei defended the decision stating that the Notch on OnePlus 6 will help add more screen real-estate without taking anything away from the users. He claims that the notch has been thoughtfully implemented and optimized for top 1000 Play store apps.
Carl Pei also confirmed that the OnePlus 6 will retain the 3.5mm audio jack. 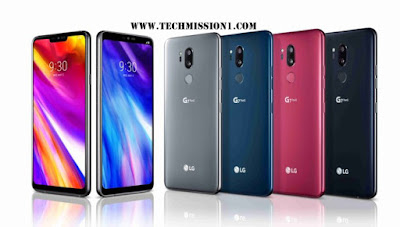 The South Korean conglomerate LG is also touched by ‘display notch’ phenomena and that could be one reason why it is featuring it both LG G7 ThinQ and LG G7+ ThinQ phones.
LG’s G7 ThinQ family features a 6.1-inch QHD+ Super Bright LCD display with 19.5:9 aspect ratio and can touch 1,000 nits brightness. For those, who are not particularly fans of cut out displays, LG has added an option to black-out side strips. The G7 duo is powered by Qualcomm Snapdragon 845 octa-core processor. We expect LG G7 ThinQ to enter Indian market pretty soon.

the last number in Top 10 Best Android Phones with  Notch Display. Oukitel U18 is an affordable phone with 5.85-inch 21:9 display and a notch. The hardware isn’t competent though, and that explains the budget price.
The Oukitel U18 is powered by MediaTek MT6750T chipset paired with 4GB RAM and 64GB storage. The phone houses a 4000mAh battery has dual rear cameras, and a 13MP selfie snapper on the front housed within the notch.
Display: 5.85-inch (21:9) Full HD+ IPS | Processor: MediaTek MT6750T SoC | RAM: 4GB | Storage: 64GB | Software: Android 8.0 | Rear camera: 16mp+5MP| Front camera: 13MP |Battery: 4000mAh
As the year progresses, we will certainly be seeing more of the controversial notch-design. And there are good chances that the Notch will, after all, stick. We will keep adding relevant options to the list as they surface. Meanwhile, we’d like to know what you think about the Notch.

If you like this post on Top 10 Best Android Phones with  Notch Display. then share it with your friends too. And if you want to ask us anything about this, you can ask in the comment box below. And subscribe to our Blog's Notification so that we can get you the latest post as soon as possible.
Android Apple Smart Phone