What is Computer Network LAN, WAN, MAN, SAN, CAN, PAN and GAN? 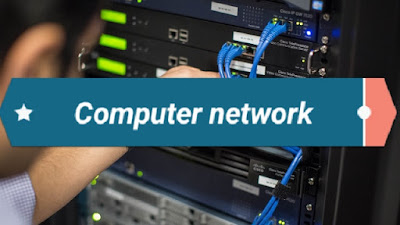 What is a computer network?

A computer network consists of two or more computers that are connected with each other and share resources such as printers, servers and hardware, and sharing data in the form of files, facilitating electronic communication. . On the network the computer can be connected through twisted pair cable, telephone lines, radio waves, satellites or optical fiber cables.

Computer networks can be classified into different types depending on their scale of scale. they include:

The Controller Area Network is a vehicle bus standard designed to allow microcontrollers and devices to communicate with each other in applications without host computers.

The Personal Area Network is a computer network used for data transmission between devices like computers, telephones, tablets, personal digital assistants, fax machines and printers, which are located near a user.

The global area network is a network that is used to support mobile number of arbitrary number of wireless LAN (LAN), satellite coverage areas, etc.

Through the use of InternetWorking Gateway is the practice of connecting a computer network with other networks which provides a common way of routing information packets between networks. The resulting system of interconnected networks is called an internetwork, or simply called an internet.
Computer networks are an integral part of our lives. This is because of networking that telephone, television, radio and internet are working on our gestures.
Friends if you liked this post on What is Computer Network LAN, WAN, MAN, SAN, CAN, PAN and GAN? then share it with your friends too. And if you want to ask us anything about this, you can ask in the comment box below. And subscribe to our Blog's Notification so that we can get you the latest post as soon as possible.
Computer Tips Technology