Samsung Galaxy A6 + Review: Bigger and Better for Samsung Fan 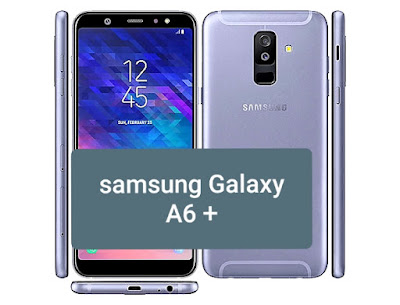 Samsung has finally incorporated two new smartphones into its budget smartphone range. The company has launched a Super AMOLED screen display under its J-series and A-series. So far, the company had limited the super AMOLED display to the Galaxy S and Note-Series.
Galaxy A6 + is a budget smartphone with an Infiniti display introduced by Samsung, in which the company has also launched A6, J6 and J8. We've been using Galaxy A6 + for a long time. After that, we have brought for you the report card of Galaxy A6 +.
So let's look at Samsung's new device:

What does the Samsung Galaxy A6 + get in the box?

Galaxy A6 + is a very strong phone that gives a nice feel to the hand while holding it. In the device, you have been given Metal Unibody and Gorilla Glass Protection. We have used Gold Color Variant for review. You can buy Blue and Black for its other options.
In Galaxy A6 + you get a nice design. Assume that the device is slightly bigger and heavy to use with one hand, but the phone design is quite attractive. The thickness of the phone is just 7.9mm, which makes it very thin and easily absorbed in your pocket. The phone has an infinity display but it can not be called bezel-less.
On the back side, Galaxy A6 + has also given you dual camera setup, fingerprint sensor and antenna bands. We will talk about the camera performance of the phone later. Apart from this, the fingerprint sensor has not affected us much. The sensor is a bit slow and it is difficult to identify fingerprint quite a lot.
In Galaxy A6 + you are given a micro USB port and a 3.5mm headphone jack on the bottom. Power buttons and loudspeakers are provided on the right side and volume buttons are given on the left edge.
The speaker has given in Galaxy A6 + is quite loud and good but you do not cover the speaker while playing a game or watching a video.

In Galaxy A6 + you have 6-inch FHD + (2560X1440) 18.5: 9 aspect ratio display. The phone has a super AMOLED display panel which is the best panel so far. Here you get Vivid colour, great contrast ratios, deep art colours and a satisfying brightness level.
Galaxy A6 + gives you a full-visual display that gives you a great experience at the time of gaming, reading and multi-media content. There is also an olive-on mode, through which you can easily view time, date, battery level and notification alerts.

In Samsung Galaxy A6 + you have been given Qualcomm Snapdragon 450 chipset which you can see in the Budget Phone like Redmi Note 5 and Oppo A71 (2018).
If you are a normal user who uses the phone only for browsing, chatting and some light work, this device will not disappoint you. Dedicated Micro SD card slot is also given, which gives you up to 256GB card support.
If you use the phone for multi-tasking or gaming, the phone will make you feel a little less. The phone drops slightly, the refresh rate of the display will be a bit lower, and there is a bit of trouble going from screen to screen.

Here you have the facility of Samsung Pay Mini, through which e-payment and product search by Samsung Mall are also provided. Apart from this, you have been given some applications of Google and Microsoft which you can not uninstall.

In Galaxy A6 + you have a dual-rear camera setup on the back. Here under the dual-camera setup, the 5MP camera combination with the f / 1.7 aperture lens has been given with 16MP and f / 1.9 aperture lens. The extra sensor given on the phone is given for depth effect, which also gives you the convenience of live focus.
For Selfie, the phone has a 24MP f / 1.9 aperture camera sensor on the front, with LED flash also available. There is an Asana in the phone running the camera application, in which you have also given an AR sticker along with Night, Sports, and Panorama mode.
The camera display of Galaxy A6 + is quite satisfactory. In good lighting, you can get good output with colour accuracy and wide dynamic range by the camera, but in low-light, it disappoints slightly because the output is obtained with a little noise in the output. Captures the given LED flash details well but there is little over-exposure in the image.
In Galaxy A6 + you can click the image in Bokeh mode from both front and rear cameras. From the rear side camera, you can get a good portrait image in which the ejac-detection also looks much better, but the front camera depends on the software-based image output.
Speaking of battery, Samsung Galaxy A6 + has a 3500mAh battery, capable of backing up to the 1-day battery. You do not have the option of fast charging here, so the device gets fully charged in 2 to 2:30 hours by the charger with the device.

Characteristics of Samsung galaxy A6+

Drawbacks of Samsung galaxy A6+

In Galaxy A6 + you get a good display, good battery and good camera. The AMOLED display given in the device gives you a better backup battery with better contrast ratio, which provides backups of approximately one day comfortably. The camera is also able to give you attractive output in good lighting.
Regardless of the iron features, it has to be kept in mind that you have been given a slightly older chipset in the device with a slow fingerprint sensor and a normal loudspeaker which can prove to be a big problem for the price of Rs 25,990.
If you talk about the option, then in this price tag, you do not get to see more options. If you use more of the phone then you can consider Nokia 7 Plus, but in Galaxy A6 + you get Samsung's branding with a better display and better design.
Friends if you liked this post on Samsung Galaxy A6 + Review: Bigger and Better for Samsung Fan then share it with your friends too. And if you want to ask us anything about this, you can ask in the comment box below. And subscribe to our Blog's Notification so that we can get you the latest post as soon as possible.
Samsung Smart Phone