OnePlus 6T Review: is it better than OnePlus 6? 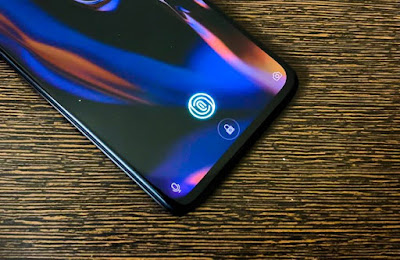 Its traditional pattern of launching the new smartphone every 6 months, OnePlus has launched a new 6T smartphone. Apart from presenting some improvements in the phone, the company has taken a big step here and has overcome the audio jack and the fingerprint sensor given back side .

The main thing that attract us in Oneplus 6T is in display fingerprint scanner and watterdrop design display and one thing we dont like is there is no headphone jack.

What does onePlus 6T get in the box? 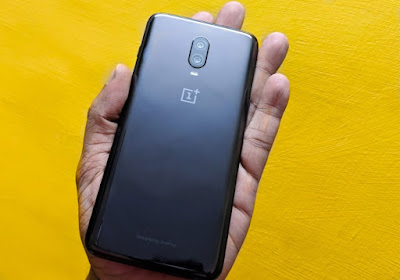 OnePlus 6T does not look much different than OnePlus 6 in view. Some small changes such as the water-drop notch display are used to look a little better here. In the notch you get a selfie camera and being small in size, there is a better place for the icon in the status bar.
If you talk about the back side of the phone, the fingerprint sensor is not that place like oneplus 6. There is no significant rise in the thickness of the device due to the in-display fingerprint sensor on the front. Back-panel is available in clear and different color options.
Even larger battery delivery than OnePlus 6 also increases the weight of the phone but the user seems to be getting it normal soon.
OnePlus 6T is a smart and well-designed smartphone that has personally I like it alot. 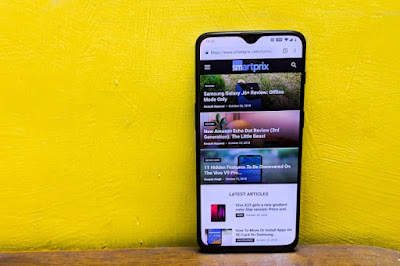 OnePlus 6T gives you a 6.4-inch AMOLED display with FHD + resolution. There is no other changes have been made in addition to giving a water drop in the display, the display quality is kept the same as OnePlus 6.
The latest Gorilla Glass 6 protection is also provided for the safety of the display.there is option in settings to hide the notch.

In the case of OnePlus 6T, the performance will remain the same. In the device you have been given the Octa-Core Snapdragon 845 chipset. Its Qualcomm's latest chipset and Oxygen OS, 6GB RAM and 128GB storage are also given the option.
Oxygen OS is still one of our favorite skin. You get better customization options with the experience of stock Android here. In the new version of Oxygen OS, you get to see very attractive animations that make the user experience even better.

In OnePlus 6T, you are given the same camera specification as OnePlus 6. With 16MP Selfie Camera and 16MP + 20MP Rear Camera, you are sure to get a much better performance.
The company has said to improve the camera performance here. OnePlus 6T gives you Night mode, which reduces the ISO to keep the shutter open for a bit longer and AI does not allow any kind of hand shaking. In OnePlus 6, you offer a little soft-image change in ISO during low-light shots, so we hope the new Night mode will perform a little bit in low-light photography.
Better HDR algorithms have also been claimed in OnePlus with the advantage of super slow-motion video recording. For the other conclusion, we will be able to say something after only a few more tests.

As mentioned above, in OnePLus 6T you get bigger battery Well, even in OnePlus 6, battery backup is much better, but with bigger battery, you will be more likely to increase the battery backup.
Now OnePlus does not use the word 'dash charge', but the 6T uses the same charging as OnePlus 6 and it charges the device fast .

OnePlus 6T Quick Review – is it better than OnePlus 6?

The OnePlus 6T is an upgrade to the OnePlus 6 but doesn’t necessarily supplant it. The bigger battery and water drop notch are added perks, but there are bound to be users who’d rather have the audio jack and more consistent capacitive fingerprint sensor. Besides, the software enhancements of OnePlus 6T will be eventually passed on to the OnePlus 6.
We will need to spend more time with the phone to judge how much of an impact these changes have on user experience. But yes, it’s quite clear the OnePlus 6T will be extremely tough to beat. There simply aren’t many alternatives that come close.
Pros
Cons
I hope you like our article on OnePlus 6T Review: is it better than OnePlus 6?. If you like it then share with your friends. And dont forgot to subscribe us. Thank you
Oneplus reviews Smart Phone