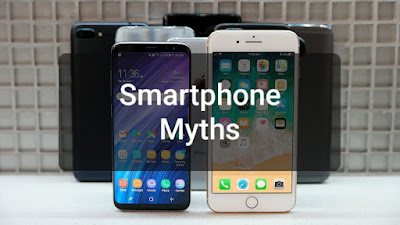 Smartphone users sometimes get into a misunderstanding and argue with many people, and then later regret the truth after knowing it. You do not have to make such a mistake, so here are some common smartphone microns. Let's know some things related to smartphones that are not true ...