Realme U1 will launch in India on November 28 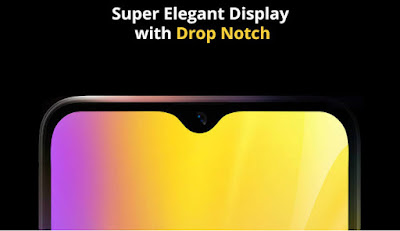 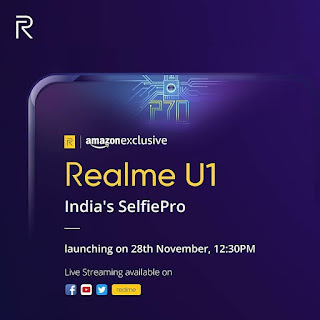 There is currently no official information about Realme U1's features. According to media reports, the full HD Plus display can be given in this smartphone, which can have an aspect ratio of 19: 9. At the same time, the phone has the Waterdrop just like Realme 2 Pro.

the phone can be launched with 4GB of RAM and 64GB and 6GB and 8GB of RAM as well as 128GB memory variants.

The phone has a dual rear camera of 16 + 2 megapixels and 16 or 20 megapixel front camera.