The best smartphones to be launched in the month of November 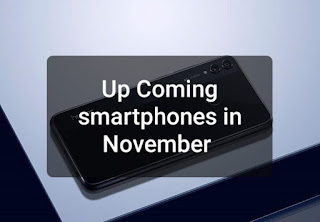 Hi everyone welcome to technical hint. Today I am going to tell you about The best smartphones to be launched in the month of November.

A lot of new phones have appeared in the Indian market, in which the recently launched Pixel 3 and OnePlus 6T have been the highlight of this month. Similarly, next month too some new smart smartphones are ready to knock.
Some devices such as Huawei Mate 20 and Redmi Note 6 Pro teasers have been introduced, while some official information related to the launch of some phones in India has not been revealed but according to the report, the probability is that by the end of the month Can be launched. So let's look at some of the following upcoming devices: 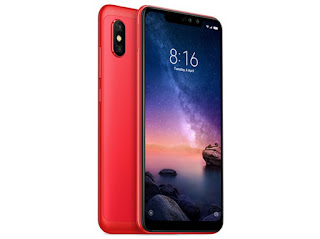 The Chinese smartphone company xiaomi is going to launch Redmi Note 6 Pro for its upgraded version of Redmi Note 5 Pro in November. In this new phone you can find 4 cameras. According to reports, dual camera setup will be provided in front and rear of the device. A 6.26-inch 19: 9-resized display can be given with a 4000mAh battery.
Expected launch date: November 12 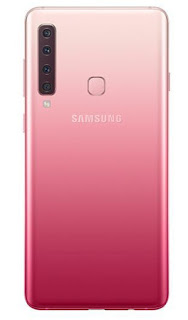 If all the reports prove to be true, then Samsung has soon made a strategy to launch its 4 camera sensor smartphone in India. The key attraction of the Galaxy A9 (2018) is a quad-camera setup with rear side. Here camera setup with 24MP (primary sensor) + 8MP (ultra wide) + 10MP (telephoto) + 5MP (depth sensor) combination is given. You can also get Snapdragon 660 processor with 6.3-inch display.
Expected launch date: November 4
Preferred price: 35,000 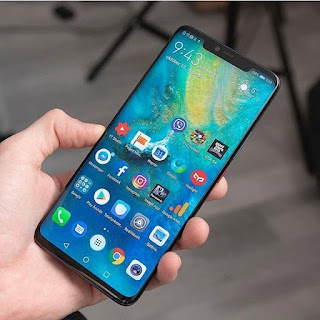 Huawei's latest smartphone Mate 20 and Mate 20 Pro have been launched globally recently. In India both these devices can be launched in November. Talk about the specification of the series, both devices will be given a choice of up to 8GB RAM and 512GB storage with the Kirin 980 chipset. Amazon also has a teaser page attached to the device.
Expected launch date: last week of November 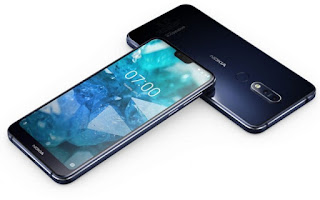 Nokia, owned by HMD Global, recently launched the Nokia 7.1 plus , after which it was expected to be launched in india at the month of November. It has snapdragon 710 processor.dual real camara HDR display and beautiful look.
Expected launch date: October 11
Preferred price: Rs 19000(270$)

Apart from these devices mentioned above, if any other information related to any other device is received, then we will update the article soon, keep it with us !!!

I hope you like our artical on The best smartphones to be launched in the month of November.if you like it then share with your friends. If you have any query then say is in comment.Thank you..
Smart Phone