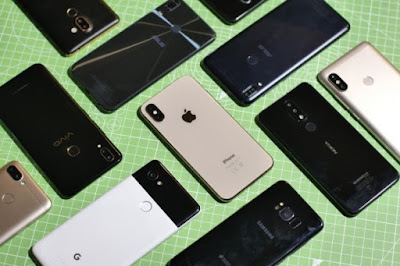 In India, the number of smartphone users by 2022 is estimated to reach 82.9 million, which is about 40 million by 2017. Cisco has given this information in its 'Visual Networking Index' report. According to Cisco's report, in 2017, Internet traffic is 17% on smartphone, which is expected to reach 44% by 2022. At the same time internet traffic on the computer will come down to just 19%.

Most Internet users will be in India

According to Cisco's report, most of the smartphone users in the world will be in India. By 2017 357 million people in India use the Internet, which is only 27% of the world's population. But by 2022, the number of Internet users in India will be more than 84 crores, which means that 60% internet users worldwide will be Indian.

According to the report, the speed of mobile internet in the world is expected to double in the next 4 years. The average internet speed in the world is now 13.2Mbps, which will increase to 285Mbps by 2022. The Internet speed will increase in Western Europe and it is estimated to reach 50.5Mbps by 2022.
Broadband and Wi-Fi speed will also double
Whereas the speed of global fixed broadband will also increase from 39.4Mbps (2017) to 75.4Mbps by 2022. While the speed of the Wi-Fi connection is also expected to reach 54Mbps from 24.4Mbps (2017).
Tech news