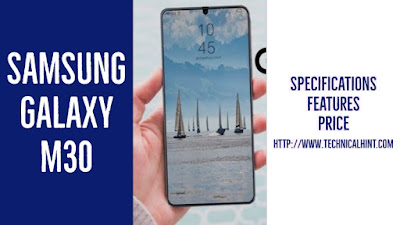 Recently Samsung launched Samsung Galaxy M10 and M20. Now we are thinking about Samsung galaxy m30 when it will launch. So let's start with this article and know what's Samsung Galaxy M30 specification, feature and price.

Samsung galaxy M30 specifications are quite interesting first talk about its display. 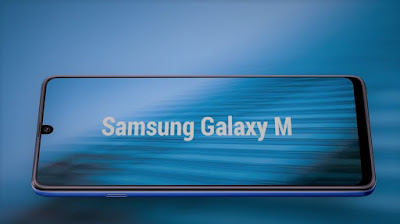 It has 6.2-inch super AMOLED infinity U display that we see in redmi note 7. It's AMOLED display so it's very bright and with punchy colours. So its display going to be awesome. 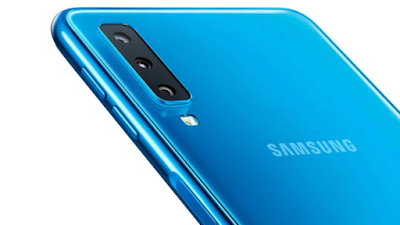 It will available with 2 versions.4 GB RAM and 64 GB storage and  6 GB RAM and 128 GB storage. You can get the hybrid sim slot option and you can see the memory card to extend your storage.

Now I am going to tell you what I think about this device. This phone is really great with specifications like a battery, cameras, display but one spec I don't like that it has the same processor that we see in galaxy M20. That one point I disappeared with Samsung Galaxy M30.

I hope you like our article on Samsung Galaxy M30.then shares with your friends on social media.
Samsung Smart Phone