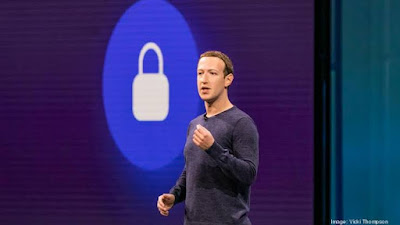 Zuckerberg said through the blog that the privacy and security of users would be the main goal of Facebook. Users want personal and encrypted services. That's why Facebook will be developing services like Whatsapp. Whatsapp already has end-to-end encryption, which makes WhatsApp a very safe medium. Mark said Facebook would be like mobile messaging app Whatsapp, which is more secure because of  end-to-end encryption.

Mark wrote, 'We are planning to build Facebook in the same way, just as we did to WhatsApp. We want to make Facebook safe than ever. Other ways to connect with people in Facebook will also be added. By adding calls, video chats, groups, stories, business, pensions, commerce etc., we will create a platform that will have many personal features.

Mark wrote in the blog that in countries where Facebook is not allowed to encryption. Facebook would better understand being a bane.
Zuckerberg wrote that I believe Communication is constantly heading towards private and encrypted services. Where people can trust that their conversation and information is safe. This will be the most important thing in the future.
What do you think guys, facebook will improve their security like WhatsApp or not ?? Give your answer in comment.
facebook Tech news