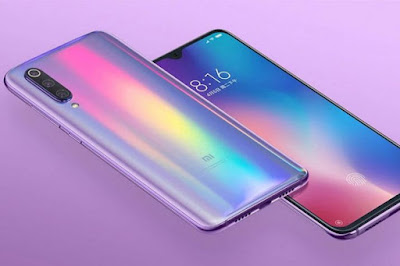 you can see the 6.4-inch FHD+ AMOLED display on the front. And there is notch display in Xiaomi MI A3. And in display fingerprint scanner is given in it.

Mi A3 has triple camera setup 48MP primary sensor, 13MP wide-angle lens and 8MP telephoto lens. 20MP Font camera given in it. As Mi-series was introduced as a budget camera flagship, Mi A3 would be the same.

Xiaomi MI A3 comes with 3300mAh battery. 18W Fast Charging Support. Fast Charger will provide you with the phone.
There is a rumor that Xiaomi is about to launch 3 devices, including its 2 Android One Smartphones MI A3 And MI A3 LITE. Apart from this, the third device runs on the Android Pie-based MIUI 10 software.


All the information mentioned above has not been revealed by any official source so the possibility of change can not be denied until the launch. Stay tuned for new information associated with Mi A3 !!!
Smart Phone xiaomi