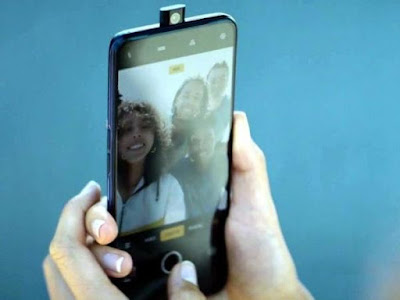 Realme X and Realme X Youth Edition are all set to launch in China on May 15. Ahead of its launch, a Realme smartphone with the model number RMX1901 has been spotted on Geekbench with Snapdragon 710 processor. As per previous leaks and a listing on the TENAA database, RMX1901 is the model number of Realme X. The upcoming Realme phone was spotted on the benchmarking platform running Android Pie and packing 8GB of RAM with the octa-core Snapdragon 710 processor. 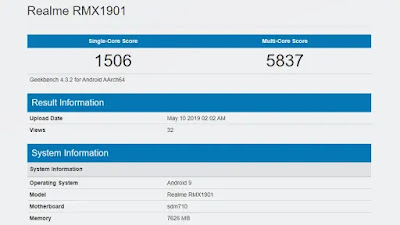 its rumors that realme X will come with the 6.5-inch super AMOLED display with 91.2 % Screen to body ratio.there is an in-display fingerprint sensor is given it.

The Realme X's Geekbench listing clearly says that the processor of the phone will feature the Snapdragon 710 SoC. Now, this is where things get interesting, as previous leaks had pointed out that the Realme X will be powered by the Snapdragon 730 SoC. Furthermore, the mention of 8GB RAM on Geekbench suggests that the company might also launch a variant of the Realme X  8GB of RAM, in addition to a 4GB variant that was recently spotted on TENAA.

The company has already confirmed that the Realme X will sport a 16 MP pop-up Selfie camera And a primary 48-megapixel rear camera with a 5-megapixel depth sensor.

Realme x Battery and other features

There is 3700 MaH battery given in it with the support of Vooc 3.0 fast charging capability. there is in-display fingerprint sensor given in it. All necessary sensors are also given in it. 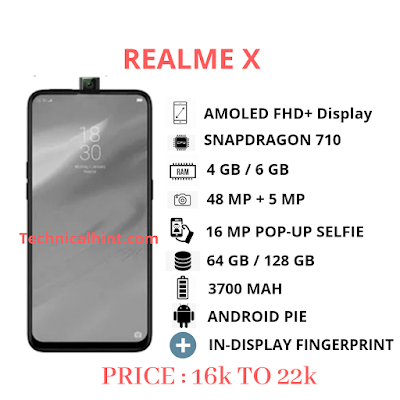 There are 3 RAM variant of Realme x Expected price

So guys what do you think about the Realme X its worth price or not say us in a comment.
realme Smart Phone