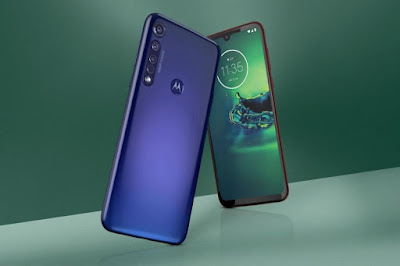 Moto G8 Plus launched in India. It is the latest smartphone from Motorola's mid-range G series.The Moto G8 Plus has three rear cameras.The primary sensor 48 megapixels.Like the Motorola One action, moto G8 plus also has a 16-megapixel selfie camera.The Motorola G8 Plus uses quad pixel technology.It helps in taking better photos.The phone comes with a water drop notch design and has support for 15 W fast charging.

In the Brazilian market, Motorola has also launched Moto G8 Play and Moto E6 Play along with Moto G8 Plus.It seems that the specifications of the global variant of Moto G8 Plus are slightly different from the variants introduced in India. 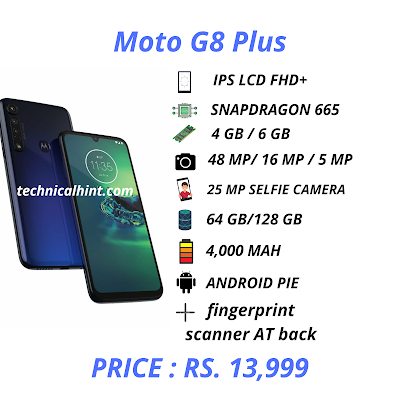 Moto G8 plus comes with the polycarbonate back panel and it has gorila glass 3 protection at front. 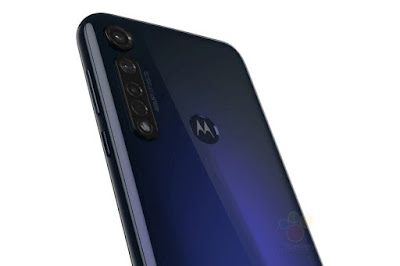 Accelerometer, ambient light sensor, e-compass, fingerprint sensor, gyroscope, proximity sensor and magnetometer are part of the phone. The battery of the G8 plus is 4,000 mAh and it supports 15 W fast charging. The company has also provide a 15 watt turbopower charger in the retail box.

The price of the Moto G8 Plus is Rs 13,999. This price is for 4 GB RAM and 64 GB storage variants. It is available in cosmic blue and crystal pink colors. Moto G8 plus available on the e-commerce site Flipkart from the end of October.

What you think about it guys it will get success in Indian market or Moto G8 plus processor is not that powerful according to price say us in comments.
motorola Smart Phone